Pixel art is digital art that may be used to make various gaming components by the artist or user. Even the earliest arcade games, like Space Invaders, have pixel imagery. These games were unique because they were easy to play because of the pixel art.

In the past, all video games were pixel-based because that was the absolute limit of technology at the time. However, times have changed, and realistic video game graphics are virtually lifelike. Yet, pixel games are still widely played now and have developed into more of a preferred art style. Developers decide to create them purely out of creative merit rather than obligation.

Most games can’t compete with the charm and elegance of 8bit and 16bit pixel art. While some modern pixel art games will make players nostalgic due to their retro style, others will push the aesthetic in new directions. This article will discuss the best 15-pixel art games out there.

Nostalgia is the most obvious reason. Because most of the first games were made in this way, there is a strong link between Pixel Art and the feel of old-school gaming. For those who grew up in the late 1980s and early 1990s.

In other words, We feel a warm nostalgia when the pixels are large enough because our memories of playing games are positive. After a brief decline in the 1990s, some developers continued to use this aesthetic in the 2000s. That seems like enough time for our brains to start feeling nostalgic.

What kind of game is pixel art?

Pixel art is digital art that lets the artist or user make various game assets. The artists create this game to bring back your old memories of this era. However, Pixel art games are mainly pixelated versions of 2D games. Most of the pixel games are equipped with 8- or 16-bit pixel arts.

However, emulating the past was not the only motivation for these developers; lower costs were equally important. Pixel art games are easier to make than games with realistic graphics, resulting in lower production costs. Now, we will discuss the best 15-pixel art games for your PC.

Here is a chart explaining when the games were released and how many copies they sold or downloaded. From the chart, we can see that Tetris is still the most popular game after 38 years. Even Minecraft was recently released in 2011, but it has over 400 million downloads and many active users. In Tetris, players make lines by moving pieces with different shapes that fall onto the playing field. When a string is finished, it disappears, and the player gets points. The player can then fill in the empty spaces. When the area is full, the game is over. The player will get more points the longer they can put off this happening.

In multiplayer games, you have to last longer than your opponents. In some versions, you can hurt your opponents by completing many lines. Some versions change the rules, like showing the pieces in three dimensions or having a way to hold parts.

“Super Mario Flashback” is the pixel art version of Mario. This game features truly stunning pixel art that is unique and true to the portly plumber’s original adventures. The most recent version is a brilliant combination of green pipes, “Goombas,” and bouncing “Koopa” Paratroopers. Every asset, including Mario, has a distinct but recognizable appearance that stands out on the screen. A hungry yellow blob named Pac-Man tries to eat dots dispersed throughout a maze while attempting to avoid getting eaten himself by evil ghosts. The ghosts can be made susceptible by grabbing energizers at the maze’s edges so that they can become a meal for Pac-Man’s jaws. Although eating them in order earns extra points, doing so is not required to pass the level. Once every dot has been consumed, the level is finished, and a new one starts.

The game was first released in 1979 and is popular among everyone to this very date.

Space Invaders is a fixed-screen shooter where the player moves a laser cannon along the bottom of the screen and shoots at aliens flying above. The aliens start in five rows of eleven that move left and right together and move down when they reach the edge of the screen. The goal is to shoot and kill all of the aliens. A player gets three chances to win. When the invaders reach the screen’s bottom line, the game becomes over. While most people believe that Super Mario is the only platformer that matters, I think the Kirby series is just as excellent and innovative. The game was first released in 1992.

The main character of this game is Kirby. There are a total of five levels in the game. Levels comprise a series of large “rooms” connected by doors leading Kirby to different areas. This differs from the platformers of the time, which had only one long corridor.

Some doors lead to secret places or other ways to get around the level. The doors are checkpoints that send the player back to the start of a “room” if they die instead of having to start the level over. The game’s goal is to beat the boss at the end of each level. MINECRAFT is a simulated virtual world that gives players all the tools they need to explore a vast world, gather resources, and make almost anything they can think of. In Minecraft, the story can be anything the player wants. This is because players can change their worlds, the creatures in them, and how they interact with each other.

Even if you find a good resource, learning everything takes a lot of work. The sheer number of items and recipes you can use in the game is scary and takes time to learn. Minecraft is one of the few games with no documentation and is hard to understand. The Legend of Zelda first appeared on the Famicom Disk System in 1986 before making its English debut a year later on the Nintendo Entertainment System. The Legend of Zelda was born as a fully exploration-based game with medieval fantasy elements. Here is where the story of Link saving Princess Zelda of Hyrule from the evil Ganon began. This story has become one of the most famous in the history of video games. This classic game from 1986 is enough to take you in your childhood.

Mega Man, a humanoid robot, and the player take against Dr. Wily, a mad scientist, and his six “Robot Masters” in the game’s opening moments. The first six stages of Mega Man can be completed in any sequence because of the game’s nonlinear gameplay.

Each one culminates in a boss encounter with a Robot Master, which grants the player character a particular weapon. To gain the weapons that will be most helpful for later levels, the player must carefully determine the sequence to complete the stages. This is part of the game’s strategy. Donkey Kong is a typical classic game where the Kong climbs up the ladder by kidnapping a girl named Lisa. Lisa is his girlfriend of Mario. The game has a plot twist here. The Donkey is the main enemy, and Mario is the hero of this game. Undertale is a beautifully crafted experience that will change your idea of a good game. The developer made this game with additional care and attention.

The soundtrack is amazing, and when you look at the beautiful renditions done by others on YouTube and other sites, you can appreciate how beautifully the score has been composed. Incredibly, Undertale is a moving experience that has been completely tied together.

A large portion of The Red Strings Club takes place in a dive bar and is illustrated in the pixelated manner of an early 1990s science-fiction game.

The bartender and his sweetheart team up to overthrow a company that wants to change the world by disseminating a mind-control technology that prevents criminal activity.

The protagonist of The Red Strings Club is an android who battles with its identity and power. It introduces us to various characters who are scared of and paralyzed by their weaknesses. A game like Hollow Knight has as much content to explore as its maze-like caves. Hallownest’s environment is intriguing and rich, filled with a narrative left up to you to discover on your own and constructed with branching paths that give you an unbelievable number of options for exploring it.

Eastward is a spooky treat with a compelling story, excellent writing, stunning imagery, and lovable side characters. Sam, a little girl with brilliant eyes and a lot of energy, and John, a muscular but dumb guy, are the main characters in the story.

The gameplay is enough for what the pixel game is attempting to accomplish and, more importantly, doesn’t take away from the narrative. Although it might not always be clear from the graphics, Omori is primarily a psychological horror game. A group of young people discovers themselves investigating Omori’s dreams, a boy dealing with severe trauma and cannot deal with it directly.

The independent game explores several complex subjects, including sorrow and despair, which are handled delicately and nuancedly. Stardew Valley is a beautiful and fun game that, when put together, makes a great trip through the countryside. Whether it’s rainy, sunny, snowy, or the air is filled with pollen, every day has a lot of fun things to do and new friends to meet.

In conclusion, I think we all know this is the era of modern gaming. But gamers have different types of mindsets nowadays. They don’t want to play only the 3D games because they are hyped. They want to explore new gaming possibilities, which is one of the main reasons people play the Pixel art games. In this article, I have tried to write about the most Popular pixel art games ever. I hope you will love this article. 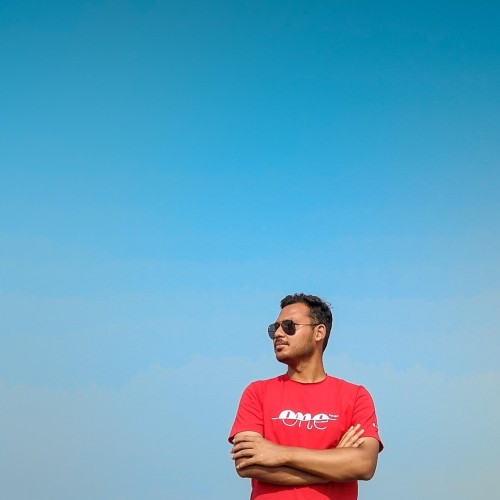 TurZo
I am basically a curious person, and i believe that curious people can bring many new ways to make life easier. So, this curious mind is here to make "YOUR" life easier.